On March 20th, Weston College organised another successful employers day at HMP Channings Wood. The objective of this full day event was to help men in custody back into employment upon their release. This is the fourth such event at Channings Wood and it was the most successful to date with both the men and the companies attending for all the right reasons 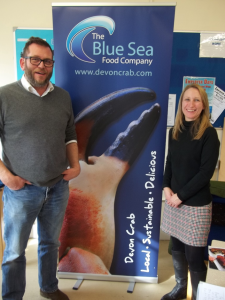 In total, 91 men-in-custody took part while 15 organisations came to meet the prospective candidates, to discuss opportunities for employment.

Notably, the men were asked to submit a formal application in order to attend the day. The selection process ensured priority was given to the most serious and motivated men, those truly interested in meeting employers.

The 91 attendees were made up of 76 residents looking for employment upon release and 15 education peer mentors helping with hosting duties. The men were well prepared, dressed for success with some candidates handing copies of their CVs to employers. Several employers commented on the quality of the men they had met, and on the diversity of skills that made up the talent pool.

A real need for labour

Crucially, all organisations attending the day were invited because of their genuine desire to employ men who have been in custody. 15 organisations made up of five recruitment agencies and 10 direct employers came to this event with real intent. The Blue Sea Company, a local crab- meat processing company, commented on their need to replace migrant workers from the EU with local people. The company has previously employed men who have been in custody with good results.

For this important initiative, Weston College has formed a partnership with Offploy Recruitment, a social venture which specialises in finding work opportunities for men who have been in custody. Over the past 18 months, Offploy has successfully placed over 70 men into employment. With this new drive, Offploy and Weston College have set a target of 50 job placements before July  2018. James Sparrow, a director at Offploy who has himself been in custody, delivered an inspiring speech to start the day. He told the men in attendance how transitioning back into society was difficult, but not impossible. He suggested three things are needed for a successful transition: energy, education and employment. The first ingredient he argued had to be found within. The later two were how Weston College and Offploy could help the men reach their goals.

Other recruitment organisations also attended the day. Hays Recruitment is an international organisation with a broad reach. Clean Sheet Recruitment, a national employment charity, has a database of more than 120 employers, ready to employ ex men-in-custody.

Seventy five men filled applications on the spot and became Clean Sheet members. They will be able to apply for jobs immediately upon their release. Paramount Personnel and JHP Recruitment, based in Exeter, completed the group of agencies offering their placement services for both casual and permanent work terms. 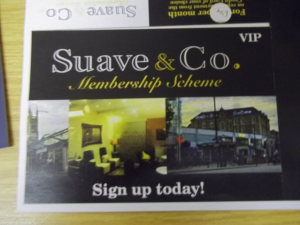 An emergent theme on the day was the willingness of the region’s businesses to invest in providing opportunities for men looking to turn their life around. Benjamin Mee (inset) from The Dartmoor Zoo, which employs 30 paid regulars and 140 volunteers, expressed to the candidates how volunteer work and being in proximity to the Zoos many animals can foster personal growth and help with life after prison.

St Austell Brewery, an expanding family business with a wide portfolio of activities that include breweries, hotels, pubs and restaurants, was especially keen to meet candidates who had completed their catering course whilst in custody.

Suave and Co, a barber shop with 3 locations in the region was represented by its founder, a former man in custody at Channings Wood. The owner shared how he had taken the Barbering course offered by Weston College before opening his shop upon his release.

A Platform for the future

Overall, the event was professionally organised and everything seem to run smoothly during the day. Stewart Harrison, Business Director at Weston College shared the stage with Offploy’s James Sparrow in congratulating the candidates and launching the day. Andrea Greer, Vice-Principal At Weston College and the event’s key supporter over the years met with the companies’ representatives and the men attending. Food was provided over lunch by Channings Wood’s catering class. Many thanks to all who made this day possible: Graham Quick, Head of Learning and Skills and Mark Jellicoe, Curriculum Manager at Weston College.